Can a Cadillac be used as a weapon?

What seems like common sense — a car turns into a deadly weapon if used to run someone down — isn’t always true under the law in Florida.

The state’s appellate courts are split.

The question: Should cars be considered as weapons so charges of manslaughter, or unintentional killings, become more serious felonies?

That answer likely will come from the Florida Supreme Court, which is expected to resolve the dispute.

And it’s a significant legal distinction: Branding a car as a weapon can add up to 15 years on a prison sentence. 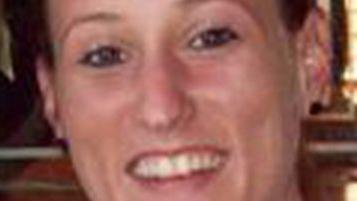 Tia Poklemba, 25, was killed in Fort Myers when she was run over by a car in 2008. (Family photo in Naples Daily News)

Debbie Poklemba of Fort Myers hopes the high court clarifies that cars are weapons so no other heartbroken mother has to endure what she has .

Last year, a state appeals court based in Lakeland ruled that the Cadillac CTS that hit and killed Poklemba’s daughter Tia in 2008 could not be defined as a weapon.

That cut Luis Gonzalez’s 30-year prison sentence for manslaughter in half; however a 30-year term for leaving the scene was affirmed.

The appellate court pointed to a 2004 Florida Supreme Court finding that an “automobile is not commonly understood to be an instrument for combat against another person.” 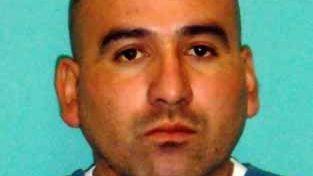 Luis Gonzalez, 32, was convicted of manslaughter in the 2008 death of Tia Poklemba, 25. (Florida Department of Correction, handout)

Try telling that to Poklemba, whose 25-year-old daughter was left for dead an hour after meeting Gonzalez at a tiki bar.

“He ran over my daughter three times,” she told the South Florida Sun Sentinel. “You’re not going to tell me the car’s not a weapon. He used it as a weapon. That’s all there is to it.”

Poklemba’s feelings happen to be shared by two Florida appellate courts that in recent months disagreed with how the Gonzalez case was handled.

An Orlando-based appeals court just ruled against a felon convicted of attempted manslaughter for trying to use a car “as a battering ram against an officer.” The defendant argued that a car is not a weapon.

The judges there used this logic: “Just as an automobile’s primary purpose is for transportation, the primary purpose of a steak knife or baseball bat is for use as cutlery or sporting equipment. Yet no one could reasonably dispute that those items are also ‘commonly understood’ as ‘instrument[s] for combat against another person’ when used as such.”

Similarly, an appeals court that reviewed and upheld Adam Shepard’s 2015 manslaughter with a weapon conviction in Duval County found that a car used to strike another man “constitutes a weapon in the common and ordinary meaning of the word.” 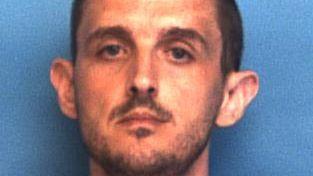 Adam Shepard, 36, was convicted of manslaughter in the 2011 death of Spencer Schott, 35, in Duval County. (Florida Department of Corrections, handout)

Specifically, the appellate court based in Tallahassee cited the American Heritage College Dictionary’s 1993 alternate definition of a weapon as a “means used to defend against or defeat another.”

Associate Judge John T. Brown explained that cars, like kitchen knives and baseball bats, can become weapons even though they aren’t designed that way – despite what the other appeals court concluded.

Duval prosecutors had charged Shepard with premeditated first-degree murder, for allegedly driving his Acura over a Jacksonville Beach man after a bar fight in 2011. For a murder count, there’s no gray area in the law as to whether cars can be considered deadly weapons.

But the jury opted for the lesser charge of manslaughter, with the finding that the car was a weapon. That elevated the crime from a second-degree felony to a first-degree felony, which carries a stiffer penalty. The defense, which argued 35-year-old Spencer Schott’s death was a tragic accident, now wants the Supreme Court to sort it out.

“Both victims were killed after leaving bars and being deliberately struck by a car. Both defendants were convicted of manslaughter and leaving the scene of an accident,” the lawyers wrote.

Motorists can still be charged with murder if they used their cars to purposely plow into innocent people. But there has to be clear evidence the act was premeditated or intentional — in some cases, running over someone multiple times still might not rise to a murder charge.

“You have to have clear intent to charge it as murder,” said former Palm Beach County prosecutor Ellen Roberts, who specialized in DUI manslaughter and vehicular homicide crimes. “What can the state prove?”

Matthew Kachergus, attorney for the man convicted in Duval, says he hopes his client can eventually get 15 years knocked off his punishment by convincing the Supreme Court that cars can’t be defined as weapons for manslaughter charges.

“This is an important issue of law which recurs on a frequent basis throughout courts in the state,” he said.

Manslaughter with a weapon statistics from the Florida Department of Law Enforcement, from 1996 to 2016, show the number of offenses with firearms and knives, but everything else falls under a category called “other.” There is no readily available breakdown of the number of times that prosecutors said a car was used as a weapon.

While it’s unclear how many people were charged with manslaughter involving a car, there’s a 2014 case heading for a trial Monday in Broward. 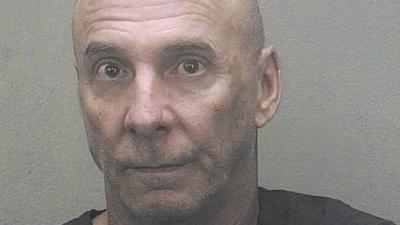 Lawton Cohen, 53, of Tamarac, is accused of driving his truck over Barbara “Bobbie” Sapp twice and killing her during an argument outside a Pompano Beach food store (Broward Sheriff’s Office, courtesy)

Prosecutors have charged Lawton Cohen, 56, with running over a great-grandmother with his Dodge Ram pickup truck twice in a Pompano Beach grocery parking lot.

The previously convicted felon is facing counts of manslaughter with a weapon and leaving the scene of a deadly accident.

As long as the defense objects to the charge going to the jury, Cohen, if convicted as charged, could benefit if the Supreme Court ultimately decides a car is not a weapon. The Supreme Court’s decision likely won’t apply retroactively to cases already decided on appeal, experts say.

If you use your car to chase someone or drive toward them for the intent of impact, then your vehicle is no longer transportation — it is a weapon.

Is your car a deadly weapon? Dispute in criminal cases headed to Florida Supreme Court” If you use your car to chase someone or drive toward them for the intent of impact, then your vehicle is no longer transportation — it is a weapon.” West Palm Beach defense attorney Scott Skier says it should be obvious to motorists not versed in the law that they are risking lengthy prison sentences if they decide to use their car to strike a person.

“If you use your car to chase someone or drive toward them for the intent of impact, then your vehicle is no longer transportation — it is a weapon,” he said, adding even a plastic fork used in an attack “can be construed as a weapon.”

A recent spate of high-profile cases with innocent civilians run down by cars anguishes Debbie Poklemba, whose personal nightmare of her daughter’s death almost a decade ago underscores her belief that cars are deadly weapons.

There were national headlines in August when a car rammed into a crowd protesting a white supremacist rally in Charlottesville, Va., leading to the death of 32-year-old Heather Heyer and injuries for 19 others.

The victims were hit as they gathered to oppose a group that was protesting the removal of a monument of Civil War Confederate Gen. Robert E. Lee. 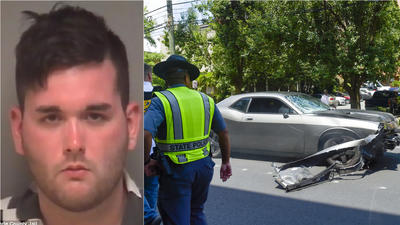 The Dodge Charger alledgedly driven by James Alex Fields Jr., at left, passes by police officers near the Market Street Parking Garage moments after driving into a crowd of counter-protesters on Aug. 12, 2017, in Charlottesville, Va. Fields has been charged with second-degree murder in the death of Heather Heyer. (Getty Images photos)

And there have been two deadly incidents in New York City in 2017: A May attack in Times Square killed one tourist; while on Halloween a rental truck drove down a busy bicycle path in Manhattan killing eight people in act labeled as terrorism.

“Terrorists are using it,” Poklemba said of the car. “There’s no question it’s a weapon to kill people.”

© 2020 - 2022 The Skier Law Firm, P.A. All rights reserved.
This law firm website and legal marketing are managed by MileMark Media.